Dr. Daniel Alexander and Dr. David Cywinski, childhood friends and partners at the Finger Lakes Bone and Joint Center, set out to bicycle the perimeter of the United States, raising money to build a new community center in their old neighborhood of Babcock, a suburb of Buffalo. 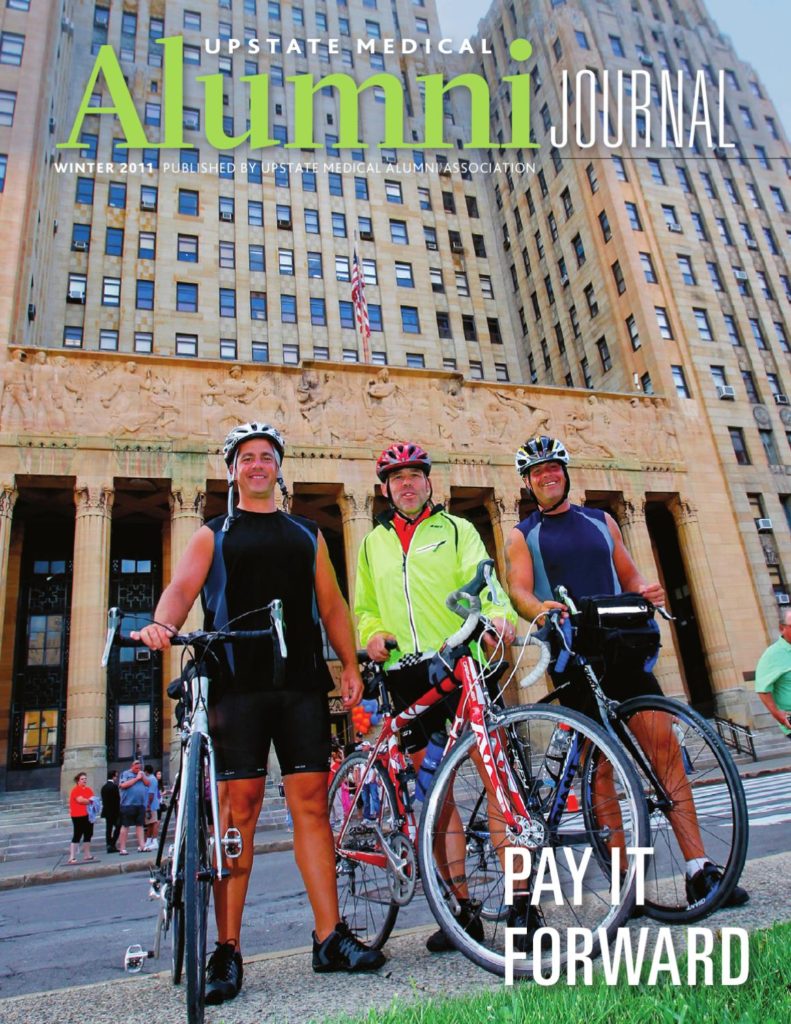 Their first trip was cut short in 1986 in Seguin, Texas, outside of San Antonio, when Cywinski and Tony Glosek were hit from behind by a driver who dozed off behind the wheel of a pickup truck hauling a horse trailer. Cywinski broke one leg; Glosek broke two and his jaw. A quarter of a century later,the trio returned to Seguin, Texas, where the accident happened and resumed the ride. They covered 2,500 miles from Seguin, Texas to Buffalo in 25 days. "We wanted to finish what we started," said Alexander. "And that was raising money to build a youth center." "Dave, Tony and I grew up extremely poor, and the Boys Club, the Babcock Boys Club, at the time, was a home away from home. It was a safe haven for three poor kids to go and grow. And what the boys club did, it gave us the tools that we needed to succeed in life." "We played sports there, we played games there. We learned a lot of things about life at the Boys Club, not to mention skills, hands-on skills but also life skills. Without the Boys Club I certainly wouldn't be a physiciantoday," said Dr. Cywinski. The money raised wentto improving the Boys and Girls Club of Geneva and will go into building the Seneca Babcock Community Center of Buffalo.

Get in touch with the Finger Lakes Bone & Joint location closest to your town, or feel free to contact us via email through our website’s secure contact page.